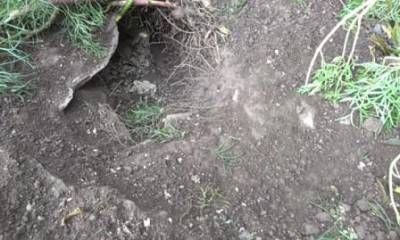 Badgers.... clever little devils you have to admit.

We no longer use bulbs in the garden as the badgers eat them. We have had to change Jekylls design and we use Cannas instead of the variegated maize as the badgers just munch their way through it.

So imagine my horror when Rosie told me that the badgers had dug up the Paeonia tenuifolia in the shrubbery!!! 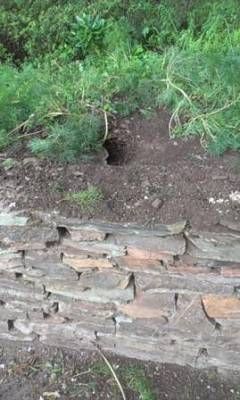 But the clever little things weren't after the paeonie tubers after all. They had dug a massive hole to reach an underground wasps nest. The wasps had entered through a gap in the wall and had made their beautiful papery nests underground- until the badger dug them out!

Instead of getting upset we have taken to opportunity to dig up a few tubers whilst they are easy to get at and propagate the plant.

Every cloud has a silver badger!