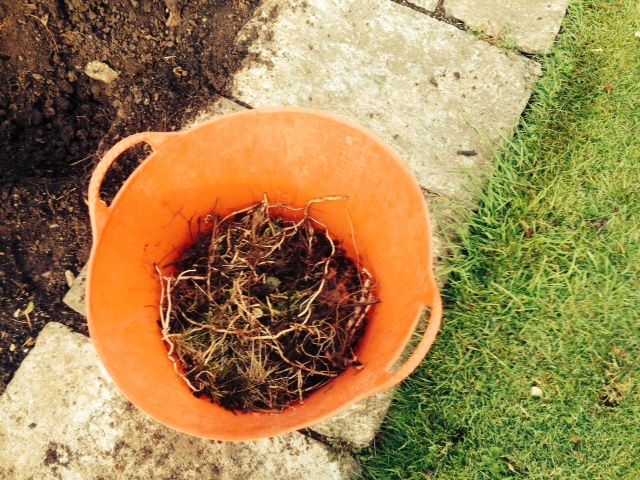 On the South border of the plat at this time of year there should be a marvellous display of Filipendula and Monarda. And there was.... until the bindweed took over.

We have been battling with this patch for years. We have grown the bindweed up canes and treated it with herbicides. We have continually pulled the bindweed to try and weaken it. But last week it was the bindweed that broke the camels back. The bed was riddled and all the plants were suffering so we took drastic action.

All of the plants have been dug out. Roots have been thouroughly washed to remove any traces of bindweed root and potted on for a later date. the soil has been dug over- three times- to remove as much of the weed as possible. 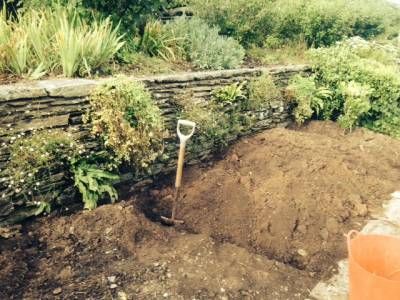 We have then covered the bed in weed supressent matting which will be left there for the following year in the attempt to kill off any remaining bindweed. 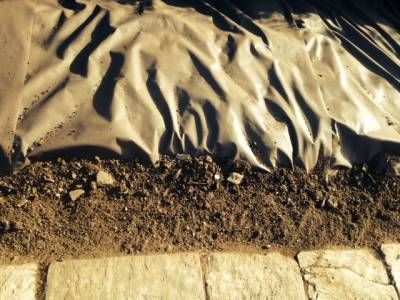 This may seem like a futile exercise but we tried it on the whole of the West Rill when I first started here and it has really held back the bindweed and at least kept it at a manageable level. 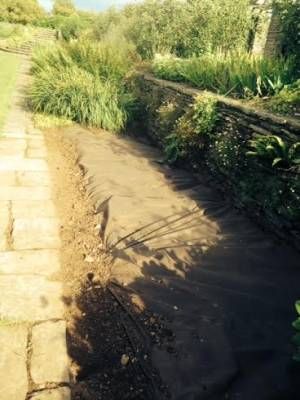