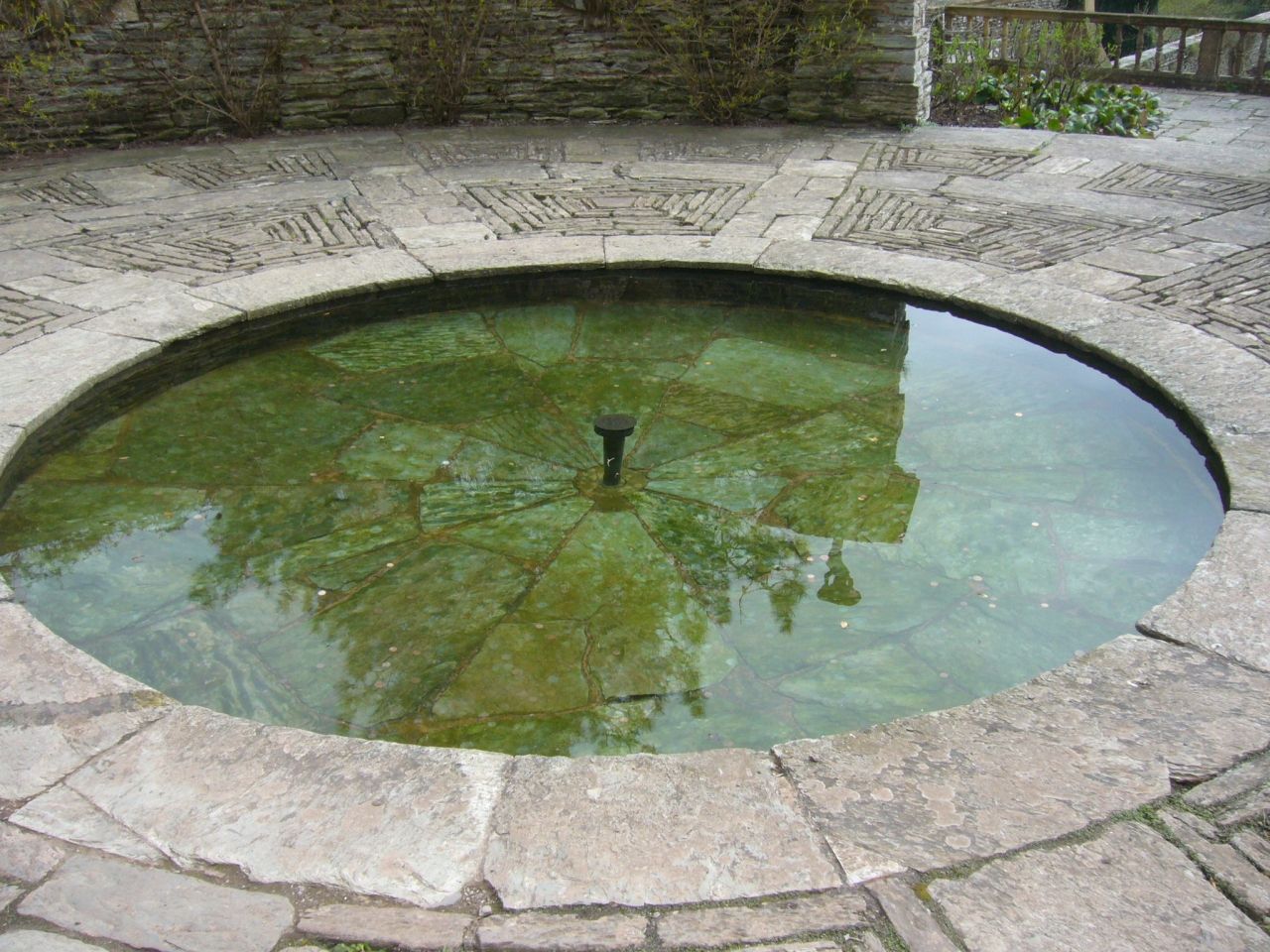 Over the summer months the pools throughout the Formal Garden become home to horrible slimy green algae! The most noticeable place for this to happen is the Rotunda pool near to the Victorian Terrace. Lutyens designed this feature to be a beautiful reflection pool, however it now takes a matter of days after cleaning to become so full of green algae that you cannot even see the bottom! The metal part in the centre of the pool is not, as many visitors believe, a fountain, but it is actually a drainage spout. The pool may originally have had water constantly flowing in from an inlet pipe near the bottom of the pool, and out of this drainage spout. The water movement would reduce the likelihood of algal growth, however the pipes are currently blocked meaning that the water in the pool is stagnant. 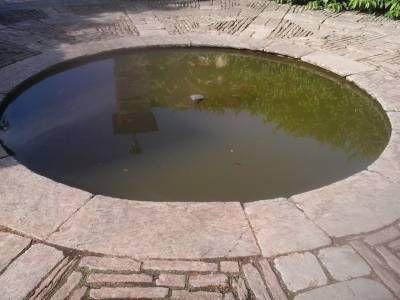 Once a week, we empty the pool using a syphon. To do this we fill a hose pipe with water, and keeping both ends of the pipe covered we place one end in the bottom of the pool and one over the balustrade and into the rill below. Once the ends of the pipe are released to water travels down the pipe and out into the rill, thus emptying the pool. This takes about a day to happen, but once it has stopped flowing, any remaining green water can be scooped out. 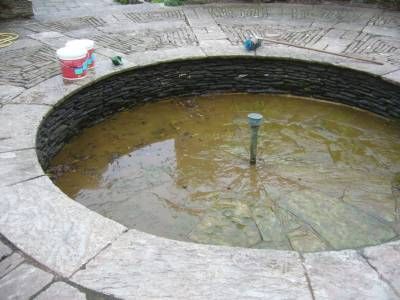 To do a quick clean, I would then rinse the pool out to remove any debris that is stuck to the floor. If I were to do a thorough clean, I would scrub all the stones with a brush and do several rinses. Then, once it is all clean and sparkly, it can be refilled! 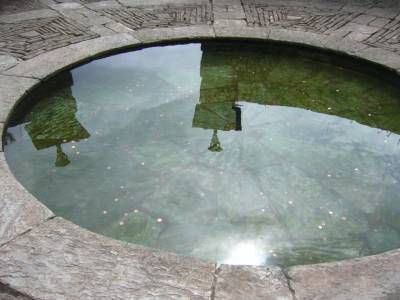 The rills are also a haven for blanket weed, which looks a bit like horrible green hair! The blanket weed will grow where there is a lot of sunlight hitting the water, and where the water has a high concentration of nutrients, from either organic matter in the pond (leaves) or from fertiliser run off. 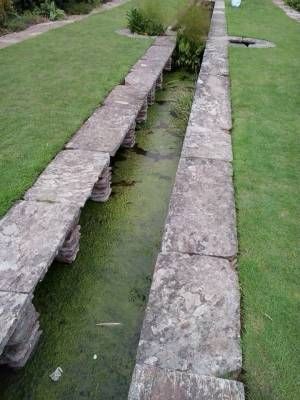 We have found the easiest way to control the blanket weed is to just pull it out by hand. This is actually one of my favourite jobs to do, as I love paddling about in the rills and it is so satisfying to get them all clear of weed and flowing freely again! We then leave the blanket weed at the side of the rill for a couple of days, and we do this for two reasons. Firstly, it allows a bit of time for all the pond creatures that live in the weed to make their way back into the water. It also allows the weed to dry out and makes it much lighter to pick up and carry away! Sometimes, the weed dries out so much that it turns white and feels like paper! 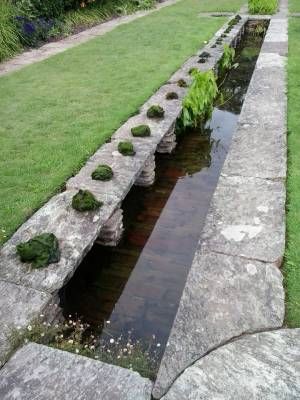 Last week, I also chopped back the yellow Mimulus (Monkey Flower) that grows in the East Rill as it was starting to go over and looked very untidy. I cut it back to a couple of inches and pulled out any clumps that had strayed into the middle of the rill. This left a nice clear channel down the centre of the rill for the water to flow down freely. Later on in the year, the other marginal plants will be chopped back as and when they start to look tatty. 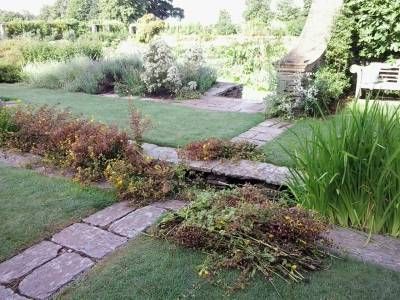 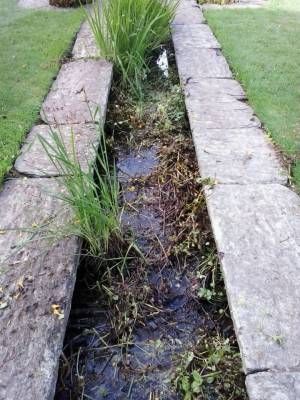