We all downed tools and went on a garden visit yesterday. Some may consider this a jolly but I think I have convinced everyone that it is a vital educational trip!

And it is- we can all get a bit bogged down with whats going on in our own gardens and forget to look around us at our colleagues and competitors. So we boarded the mini bus and went to Prior Park in Bath. 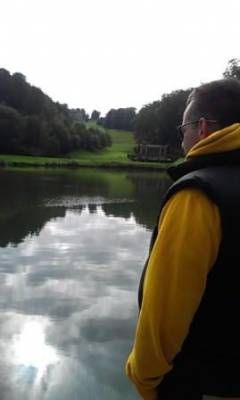 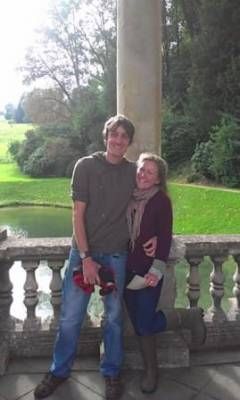 Prior Park is a National Trust garden and is quite unique as they don't have a car park and the site can only be reached on foot or by bike- great green credentials. It is a Landscape garden similar to ours and with great views over the city of Bath. The garden was created in the 18th century by local entrepreneur Ralph Allen, with advice from 'Capability' Brown and the poet Alexander Pope.We were given a guided tour by Matthew Ward the Head gardener and heard all about their restoration projects and the pro's and cons of being part of such a large organisation. 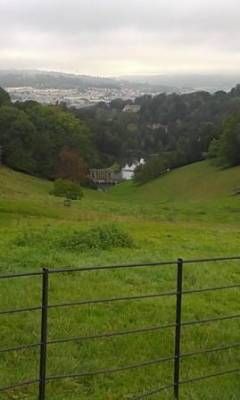 Matthew was a great guide and has worked for the National Trust in many gardens and in many roles for many years- so he really knows his stuff!

Next we went on a terrifying minibus thanks to sat nav down some very narrow lanes to Iford Manor.

Iford Manor is privately owned and opens to the public on certain afternoons. It is the home of architect and landscape gardener Harold Peto who lived here from 1899 to 1933. The garden climbs up terraces to woodlands at the back. It is Italianate in style and has lots of beautiful stonework and statues against some beautifully kept evergreen shrubs mixed with herbaceous plants. 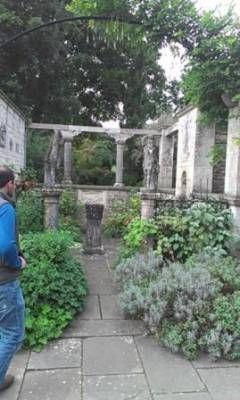 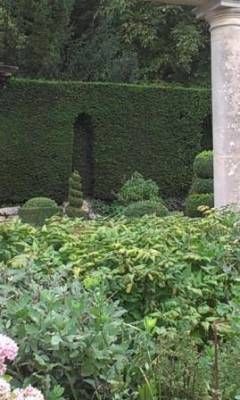 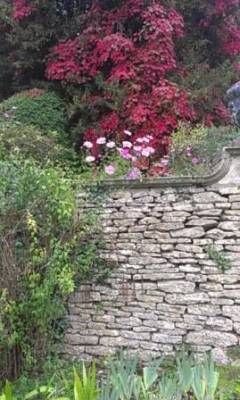 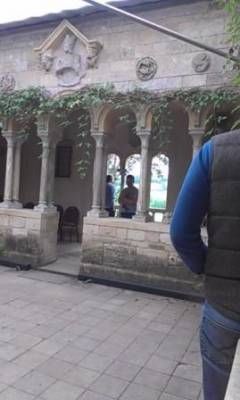 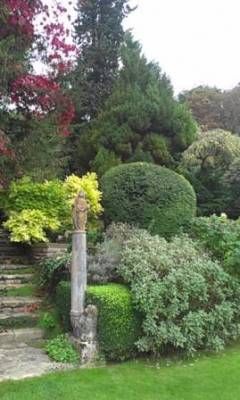 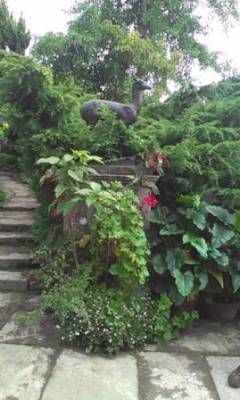 We were lucky enough to be shown around by the head gardener and by Alison Jenkins who is a designer helping them to redesign the herbaceous borders where some of the plants have got too big for their boots. Then we were treated to tea and biscuits and a talk by the owner of Iford manor, William Hignett who is possibly the most enthusiastic person you could hope to meet and full of knowledge.

We had a fabulous time, and really its not just a jolly!