”Fascinating . . . filled with deadly accurate characterizations by an author who knows both the Portman’s and their social circle from the inside.” The Sydney Herald

“Packs a wallop . . . The timing, following on the recent holiday celebrations atHestercombe, makes it all the more compelling.” USA TODAY

“LEGATE HAS A FIELD DAY . . . The Grand Ball of 1897 grabs the reader quickly and becomes impossible to put down.” The Vancouver Herald

Some Recent comments about Kim Legate's latest insights on the History of Hestercombe. 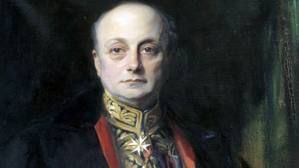 Coulda been the Whisky
Mighta been the Gin
Coulda have been the 3 or 4 six packs
I don't know but look at the mess I'm in
My heads like a football
I think I'm gunna die!
Tellin me oh me oh my
Wasn't that a party!

The exact extent to which the Portmans and their 200 invited guests indulged in spirits and other intoxicating pleasures at the Hestercombe fete of January 1897 is not known, although the general merriment generated by the affair quickly become the talk of the district. ‘One of the most brilliant gatherings that have ever taken place in Somerset’ is how the Somerset County Gazette described it.

The following week the Gazette made a reference to the highly decorated ‘apartments’, a programme of Viennese music, satin ball gowns, tiaras studded with diamonds and sapphires and a guest list that included the cream of Taunton society.

Constance Mary Portman, now aged 43, was the bell of the ball. Holding a bouquet of roses and Lily of the Valley, she greeted her guests resplendent in a silk gown, accented by a bodice trimmed with silver Indian embroidery and chiffon.

During an interview 18 August 2009, Margaret Ford, (daughter of Andy Ford, Head Gardener at Hestercombe 1951-56), recalled that Mrs. Portman’s entrance to any room was well announced: ‘You could hear her coming in with all her bracelets rattling. She had gold bracelets from here (points to her wrist) to here (points to her elbow).’

The men, contrastingly, were more preoccupied with comfort: ‘Mr. (E. W. B.) Portman and several other gentlemen among the guests wore hunting costume.’

The capacious dining room had been adapted to serve as the ballroom and the roomy entrance hall was filled with ‘choice’ tropical plants (crotons, palms & bamboos) and fitted out as a lounge. Mrs. Potter, the housekeeper, was credited with ‘the completeness of the arrangements’ but it was Mr. A. J. Keen, the head gardener who was praised for the excellence of the floral decorations.

Dancing commenced at 10 o’clock and did not conclude until four the following morning, fuelled, evidently by refreshment and periodic visits to the well-stocked supper rooms, which were of course a priority for E.W.B Portman. 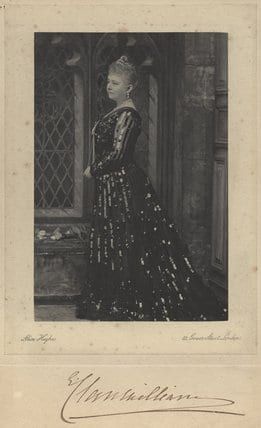