January is when we start much of the pruning in the Formal Gardens. This week we have started pruning the vines and the Magnolia that grow against the walls. The Magnolia is grown to provide a green leafy covering for the tall walls such as those by the South Walk and surrounding the Rotunda. The way we prune these Magnolia is to encourage this green leafy growth and not necessarily flowers. Each stem is cut back to three or four leaf nodes on this years growth, so we don't cut into the old wood. This keeps the Magnolia looking green and bushy whilst keeping it tight to the wall. 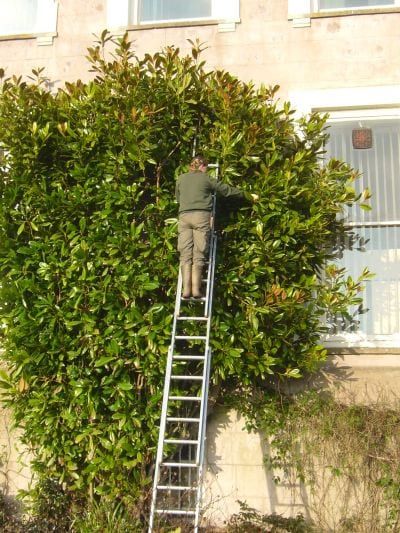 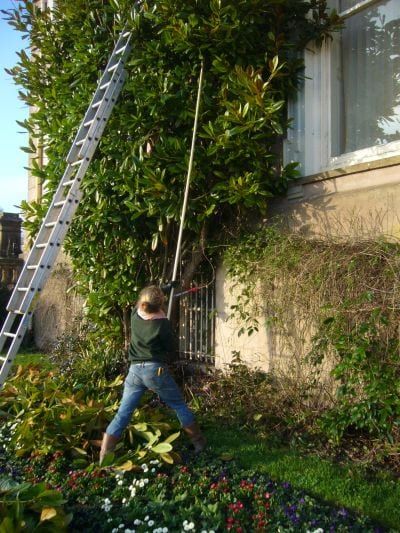 The above photos show Rosie and I using long handled pruners and ladders to prune the Magnolia that grows against the wall of Hestercombe House.

Grape vines also grow against the walls and up the pillars of the pergola. At this time of year we cut all the lateral shoots back to two buds. The lateral shoots are the side branches that grow out from the main stem. We use secateurs to cut just above the bud, with a cut that slopes away from the bud. We also tie in any new stems where there might be a gap. The vines on the walls are trained into a fan shape, whereas the ones on the pergola spiral up around the pillars. Again, the vines are only grown for their leaf cover, not their fruit, although some will produce small bunches of grapes. 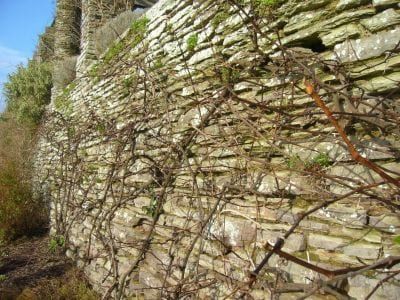 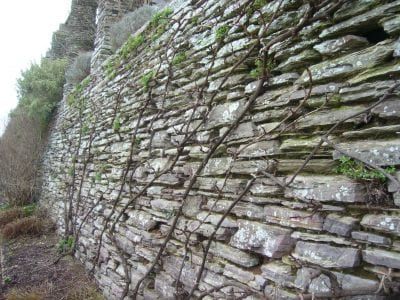 Above: The vine on the South Walk before and after pruning and training. 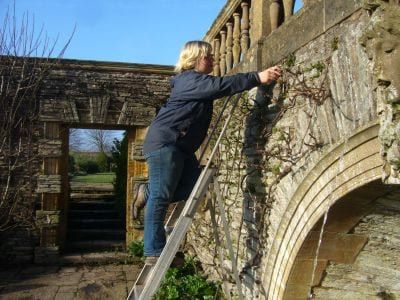 Above: Jess is one of our students who is getting to grips with vine pruning on the East Rill.

Also in the garden this week we have been trying to solve the problem of the flooding by the Orchard. It would appear that the culvert (a drain that allows water to flow under ground) has become blocked thus causing the water to flow over the ground and the path instead. A couple of test holes were dug by hand but we could not pinpoint the exact location of the blockage. A digger and digger driver were brought in to investigate further and I shall keep you posted on the progress. 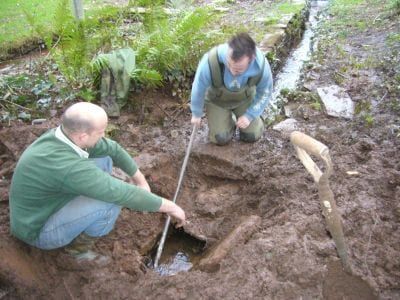 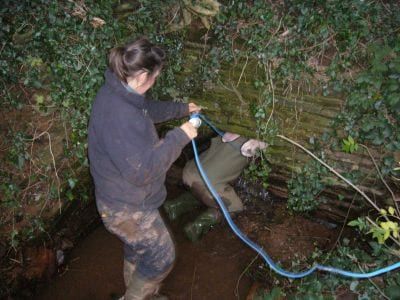 Above left: Luke and Ben try to find the blockage using drain rods. Above right: Ben tries to see the blockage from the other side using a light whilst Claire keeps the wires out of the water.