Over the past few weeks the Formal Garden team have mostly been cracking on with the rose pruning, which we finally completed yesterday, hooray! Today we all jumped at the opportunity to work in the glasshouse and do some seed sowing.

To sow a fine seed such as Digitalis purpurea 'Munstead White', which we collected from foxgloves growing on the West Rill last year, we use a seed tray. Larger seed, such as perennial sweet pea Lathyrus latifolius 'Albus', can be sown individually in pots. The seed compost is prepared by rubbing it between your fingers to break up any large lumps and adding some pelite to make it lighter and more airy. The compost we used today was a John Innes seed compost. 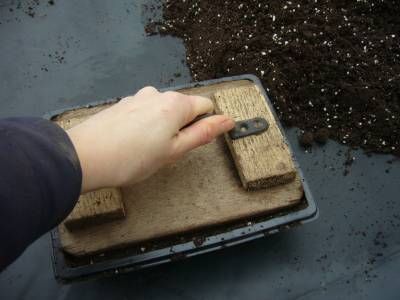 At this stage the seed tray can be watered, or alternatively watering can be saved until the end. Then sow your seed. I held a small quantity of seed in the palm of my hand and gently tapped the side of my hand to allow the seed to fall onto the compost. 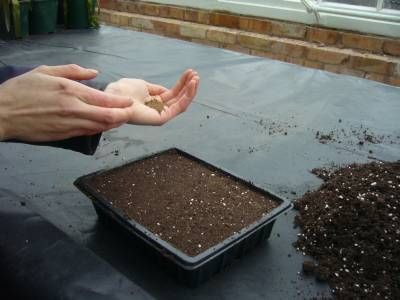 Try to distribute the seed evenly. The seed can then be covered with a fine layer of vermiculite or sieved compost. 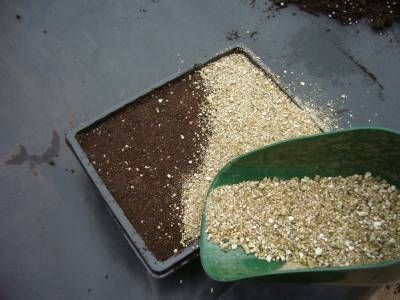 We label the seed tray with the name and date, and we also record all the seed we sow in a propagation diary. If the seed tray was not watered at the earlier stage, it can be gently watered now by standing it in a tray of water. The compost will draw the water up from the base by capillary action. This will not disturb the seed, whilst watering from above can sometimes move the seed around in the tray. 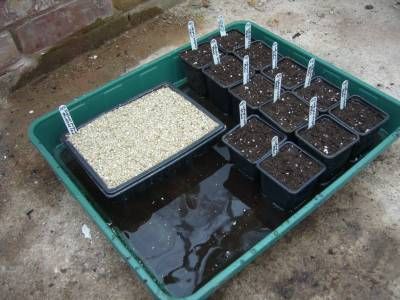 For the Lathyrus: Some small, square pots were overfilled with the seed compost mix, the excess sawn off and then the compost was gently firmed down and tapped to level. Each Lathyrus seed was then placed in the centre of the pot and gently pushed in to just below the level of the compost and covered over. 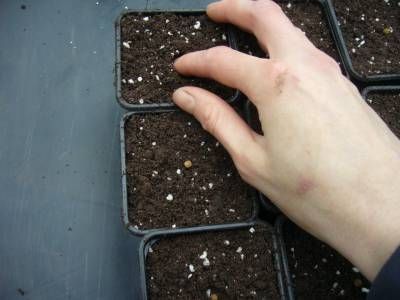 Not forgetting to label the pot, it can then be watered by standing it in a tray of water or by watering from above using a watering can with a rose. Larger seed is less likely to be disturbed by overhead watering. 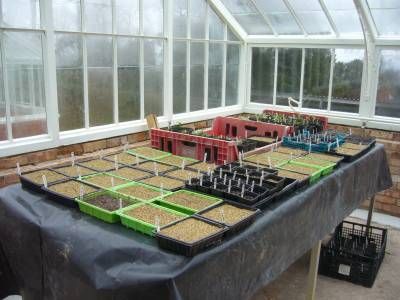